skip to main | skip to sidebar

Gimme some of that cake and ice cream!! 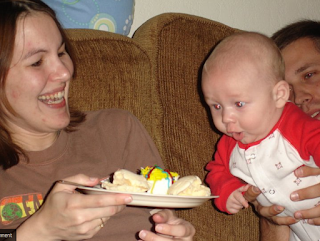 What he's been up to:

* He's loving his jumperoo, he could sit in there all day playing with everything and watching all the lights and hearing all the sounds! He gets some pretty good air sometimes too!

* He's starting to reach for things a lot more now, even will lean over backwards in his jumperoo to get at the toys behind him. One of his favorite things to reach for is our drinks, doesn't matter if it's in a cup, bottle or whatever but he'll put both hands out and reach and make a mmmmmm sound and gets mad if we don't give it to him! He tried that with a piece of cake too!

* Enjoying being around his dogs, especially Grammy and Grandpa's dog who has long hair to pull!

* His favorite new activity is either straightening and locking his legs when mommy is trying to pull his diaper up, or scooting up and away.

* Loves swimming in his baby pool, it's getting harder for mommy to hold him just by his neck with how big he's getting. He's not a fan of swim trunks or a swim diaper, but he loves skinny dipping!

*Enjoying seeing the world upside down, will arch his back so he can see what's behind him and upside down!

* Searching high and low for the perfect house for us to move into and we found one! All of us will be moving in at the beginning of August! Elim will love it, there is a playground to play in down the street for when he gets older, and walking trails and a community pool!

* Searching high and low for furniture for our new living room! Our old stuff is in need of replacing.

* He loves trying to get attention with fake coughing fits. They sound like a bad actor is doing them, hilarious!

* Fighting sleep like a madman! There's just too much cool stuff going on for a silly thing like a nap or bedtime! We'll hopefully get him into more of a schedule soon, but for now naps in the car are ok too, at least he's a happy tired little guy usually!

* Sadly, the day after his four month birthday his Nana passed away after a year long battle with leukemia and we attended her funeral. She will forever be missed, and we are grateful that we got to spend those last few precious days with her before she went to go rock Elim's big sisters Emilyn and Hailey up in Heaven.

What he can do:

* He's perfecting the tripod sit, he's still wobbly but he's getting there! He even tries to lift one of his hands every once in awhile, sometimes successfully!

* Laughs like crazy when you find just the right tickle spots

* Rolling over back to tummy like a champ, and sometimes even for naps!

* He's learned to copy us when we make a sort of raspberry sound with his lips, we'll do it and then he will and keep going back and forth. It's so fun seeing him do that and knowing he's learning to copy sounds! He works so hard to do it sometimes and takes him awhile to figure it out if he hasn't done it in awhile, but eventually he gets it!

* He's standing so well with holding our hands, his legs are getting so strong!

His stats:
He is 26 inches and 18.5-19 pounds (the scale is only accurate to a half pound, we'll get a better measurement next month!). 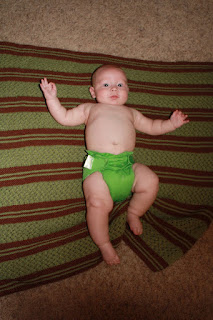 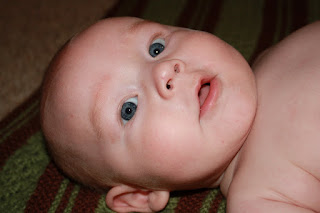 Sponsor Me at March for Babies! 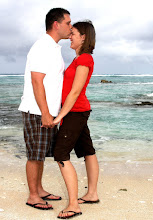